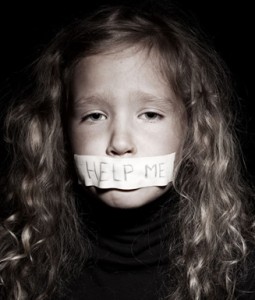 Sexual abuse and neglect of children has historically been and still is a major problem in the U.S.  The statistics are chilling:

The problem, as I have pointed out in other posts (see here), the victims of these incidents often don’t immediately report the incident and the criminal justice system is often an inadequate or untenable venue to seek justice.  What happens, though, when a victim would like to seek compensation for the emotional pain and suffering caused by sex abuse in a civil forum?  One major impediment is that civil claims have time deadlines for filing (so-called “statutes of limitation”) and victims often wait too long to file a claim.

It is fairly well accepted within the community of psychological professionals that victims of childhood sexual abuse often fail to report the abuse out of shame or guilt and, many times, even repress the memories of what happened.  In fact, according to various studies that have been conducted on childhood sexual assault victims, the norm is for children to keep the incident secret, delay reporting or fail to report and/or make an “unconvincing report” followed by a “period of retraction” all due to a feeling of “entrapment” and “accommodation.”[1]

Almost every state suspends the statute of limitation for the period of a plaintiff’s minority (i.e. until they reach the age of 18).  In addition, because of this understandable psychological tendency for children subjected to sex abuse to repress thoughts and memories of the incident, many jurisdictions have adopted a so-called “discovery rule” in sexual abuse claims.  This extends the deadline to a point when the victim either discovers the abuse or the relationship the abuse had to their psychological trauma.[2]

For example, in California, where I practice, the legislature amended CA Civil Code 340.1 to provide a time limitation for civil claims for monetary damages related to childhood sexual abuse as follows:

“In an action for recovery of damages suffered as aresult of childhood sexual abuse, the time for commencement of theaction shall be within eight years of the date the plaintiff attainsthe age of majority or within three years of the date the plaintiffdiscovers or reasonably should have discovered that psychologicalinjury or illness occurring after the age of majority was caused bythe sexual abuse, whichever period expires later …” This basically, provides an extension until the victim’s 26th birthday to file suit.  In addition, a later provision of the same code section allows for filing beyond age 26 if both the attorney and a mental health professional file a so-called “Certificate of Merit”.  This must attest that the claim still has merit and that the victim suffered from sexual abuse based upon verification following a competent psychological examination.

The Need to Seek Competent Legal Advice from an Attorney

Childhood sexual abuse can cause a lifetime of emotional trauma.  Seeking out compensation to pay for the expenses associated with psychological counseling as well as compensation for the mental scarring can help the victim deal with their emotional issues.  However, waiting too long can mean that all legal rights are lost. Luckily, many jurisdictions are extending these deadlines but, many also require certain legal obligations to be met to qualify for such an extension.  Retaining a lawyer familiar with childhood sexual abuse civil claims for damages can make all the difference!

Author Bio: Steven Sweat is the principal of Steven M. Sweat, APC, a personal injury attorney based in Los Angeles, CA. He is a regular contributor to several legal publications related to tort law.

Altrumedia operates an extensive online network to connect people in need with qualified help and information.